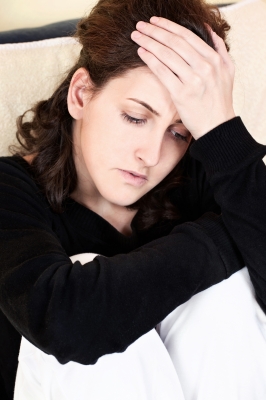 Migraines are one of the most common neurological conditions people face across the globe. An estimated 12% of the population suffers from migraines to the sum of 36 million Americans.(1) It is three times more common if you are a woman compared to men. The classic symptoms of migraines include head and/or neck pain, light and sound sensitivities, and even nausea. 7% of the population suffers from chronic migraines, which is considered 15 or more migraines a month.A recent look at people with asthma may be a predictor of migraines.

A recent study looking at people suffering from asthma on a regular basis reveals they may be more likely to develop chronic migraines. The Centers for Disease Control and Prevention reports about 7 percent of American adults have asthma. The cause of both migraines and asthma is not clearly known, but they have similar mechanisms that are related to each other. Both conditions are known to be related to blood flow which affects how much oxygen can get to the lungs and/or brain. It is more likely for people with asthma to develop chronic migraines.(2) One theory is that inflammation caused by allergens suppresses the amount of oxygen that is available to the body. The predominant train of thought is the relationship between the nervous system and overall body function.

One doctor is taking a different approach to helping patients get natural relief to migraines in San Diego, California. Headache specialist Dr. Dan Spinato is helping patients get migraine relief with Upper Cervical Chiropractic. By focusing on the role of the first spinal bone known as the Atlas, Dr. Spinato helps to restore the body to its natural healing ability. The Atlas is so important because the entire spinal cord and the nervous system pass through it, connecting the brain to the entire body. When the atlas bone is misaligned from its proper position, it affects the ability of the nervous system to self-regulate important body functions such as blood flow.

By carefully examining each patient for their exact needs and creating a custom adjustment, it is possible to make the perfect correction for each atlas misalignment. Large studies performed on migraine patients under Upper Cervical chiropractic care have shown that patients have gotten major relief and even resolution in some cases with as few as one adjustment.(3)