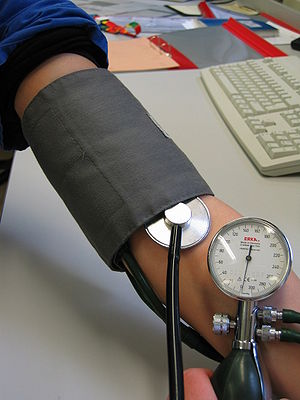 How Are Migraines Related to High Blood Pressure?

A recent article in the Journal of Upper Cervical Chiropractic Research documented the positive effects of specific, upper cervical chiropractic adjustments on a 25- year-old female with high blood pressure, also known as hypertension and migraines.

A 25-year-old female with medically diagnosed hypertension presented to an upper cervical chiropractic office for treatment. The patient also had symptoms of migraine headaches occurring two times per week. She had been taking Hydrochlorothiazide for her hypertension.

A thorough history and examination were performed and her blood pressure was 134/98 mmHg. The patient was diagnosed with an upper neck misalignment and specific upper cervical x-rays were taken to confirm. Paraspinal thermography, supine leg length assessment, postural assessment and blood pressure measurements were taken at each follow-up visit.

This case study is consistent with past research that has looked at the upper cervical spine, blood flow, migraine headaches and hypertension.

Researchers at the Hypertension Center at the University of Chicago Medical Center reported stunning reductions in the blood pressure of patients afflicted with hypertension following NUCCA chiropractic care.

In the study – published in the March 2, 2007 issue of The Journal of Human Hypertension and featured on WebMD, Good Morning America and other sources – 50 patients with hypertension were divided into two groups of 25 each. One group of 25 received a NUCCA spinal correction to the Atlas vertebra (uppermost bone in the neck). This vertebra holds up the head and only relies on soft tissue to maintain alignment. This misalignment usually goes undiagnosed and causes no pain or discomfort. The other group of 25 received a similar procedure but with no adjustment being given.

Follow-up X-rays confirmed that the adjustments changed the position of the atlas vertebra among those in the study group. The study leader reported that the procedure had the effect of not one, but two blood pressure medications given in combination. And, his team reported no side effects whatsoever from the adjustment.

So if this NUCCA Procedure has been shown to reduce blood pressure, effect the blood flow from the brain in Migraine patients and influence many other conditions that effect millions of Americans...why hasn't hardly anyone heard of it?

Dr. Dan Spinato of the San Diego Integrative Spine Center in San Diego, California is a Rancho Penasquitos Chiropractor and an Upper Cervical Specialist trained by the National Upper Cervical Chiropractic Association (NUCCA). Over the past 30 years, Dr. Spinato has helped many people find natural relief in San Diego, California. His upper cervical clinic also serves the communities of Rancho Penasquitos, Carmel Valley, Poway, Scripps Ranch and Rancho Bernardo. He is uniquely trained to correct problems in the upper cervical spine (upper neck). This vital area is intimately connected to the central nervous system and problems in this area have been shown to be an underlying cause of a variety of different health problems, including migraine headaches, chronic neck and back pain, fibromyalgia, allergy and sinus problems and temporomandibular joint disorders. More information can be found on his website at http://www.powaychiropractor.net/

What Can I Do to Get Rid of My Migraine Headaches?

Why Am I so Tired? New Hope for Chronic Fatigue Syndrome and Fibromyalgia