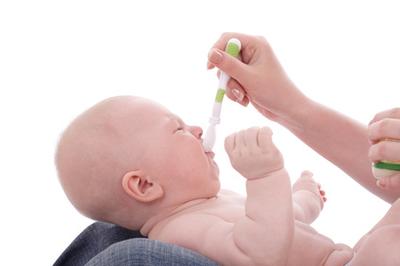 On June 27th Austin Frackt, assistant professor at Boston University's School of Public Health reporting for the Kansas Health Institute said “that there is a lot of over-treatment in U.S. medicine: the use of medications and procedures that deliver little or no benefit, increase the cost of care, and expose patients to unnecessary harm from side effects.”

He goes on to say “A case in point is the use of proton pump inhibitor medications (PPIs, familiar brand names include Prilosec and Prevacid) for the treatment of supposed gastroesophageal reflux disease (GERD) in infants. GERD is a severe problem in which the esophagus is eroded by regurgitated stomach acid. PPIs have been shown to be an effective treatment for this condition.”

However, the GERD diagnosis has increasingly been applied to infants who do not have the specific physiological symptoms of GERD, but who spit up and cry frequently and are hard to soothe. These latter infants are now frequently treated with PPIs. As Eric Hassall explains in the Journal of Pediatrics, “in the 6 years from 1999 to 2004, there was a 7-fold increase in PPI prescription. One of the PPIs… saw a 16-fold increase in use during that 6-year period…”

Writing with a sarcasm unusual in a scientific journal, Hassall notes that

“…this data would imply that somehow the diagnosis of GERD has been missed over the past several decades or has recently become a major scourge of infants in the developed world, with acid suppressing drugs becoming a new essential food group in their own right. This change in practice has come about for several reasons, none based in medical science.”

Hassall believes that the growth in the use of PPIs occurred because extensive direct-to-consumer advertising for PPIs and similar medications for adults popularized the term “acid reflux.” So it made sense to parents that these drugs would provide a solution for a seemingly intractable problem. And for doctors, calling the problem GERD and prescribing a PPI to the infant was a way to at least soothe the parents.

The problem with that is that randomized controlled trialsprovide no evidence that PPIs are better than placebos for difficult infants without objective evidence of GERD. PPIs cost money, and provide no benefit when prescribed beyond a severely ill population.   So what should a parent do if their child has the symptoms of acid reflux?

During the birth process a misalignment can occur in the upper neck that will change the communication between the brain and the body leading to a variety of different problems, including acid reflux. Several medical doctors from Europe have done extensive research into upper neck problems in newborns and how that relates to the health of children. For instance, Dr. Godfrey Gutmann, a German medical researcher was looking into the connection all the way back to the 1960's... in 1987 Dr. Gutmann published his research linking the upper neck to problems ranging from acid reflux to scoliosis, ear infections, torticollis, colic and many other common childhood conditions. Gutmann found over 80% of the over 1000 infants in his study had problems in the upper neck that needed to be addressed! Birth trauma was the most common cause. Forceps delivery, vacuum extraction and even just normal birthing methods with a woman flat on her back rather than in the standing position where gravity can work, can be an extremely traumatic experience for the head and neck of a newborn. Upper neck misalignments can be corrected in babies safely, gently and effectively with an upper cervical chiropractic approach such as NUCCA. If you have a child that’s been diagnosed with acid reflux, before considering giving medication to your baby have their upper neck evaluated for a traumatic birth injury. You can look for the cause of the problem rather than just covering up the symptoms.

Dr. Dan Spinato of the San Diego Integrative Spine Center in San Diego, California is a Rancho Penasquitos Chiropractor and an Upper Cervical Specialist trained by the National Upper Cervical Chiropractic Association (NUCCA). Over the past 30 years, Dr. Spinato has helped many people find natural relief in San Diego, California. His upper cervical clinic also serves the communities of Rancho Penasquitos, Carmel Valley, Poway, Scripps Ranch and Rancho Bernardo. He is uniquely trained to correct problems in the upper cervical spine (upper neck). This vital area is intimately connected to the central nervous system and problems in this area have been shown to be an underlying cause of a variety of different health problems, including migraine headaches, chronic neck and back pain, fibromyalgia, allergy and sinus problems and temporomandibular joint disorders. More information can be found on his website at http://www.powaychiropractor.net.

Powered by EasyBlog for Joomla!