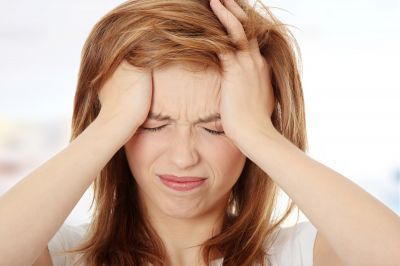 Do You Get Migraines?

Migraines can be a debilitating health problem. Here are 7 things that you probably have not heard about your migraines.

1. They’ve been linked to suicide risk
Several studies have now linked migraines with an increased risk for suicide attempts and even completed suicide. The risk may be even higher among people with migraine with aura or the flashes of light and other sensory symptoms that can accompany the headaches. It’s not clear why migraines and suicide are related, but depression and migraine share a similar biology, says Dawn Buse, PhD, a health psychologist with Montefiore Medical Center in New York City. Migraine sufferers need to know that “they’re not alone. They can get help,” says Buse.

2. Your medication could be making migraines worse
Although drugs are meant to help ease the pain of migraines, in some cases this strategy can backfire–badly. Too-frequent use of migraine medications can result in what’s known as “medication-overuse headaches” and a quickly spiraling vicious cycle. This type of headache can occur with many different medications, including narcotics, acetaminophen, nonsteroidal anti-inflammatory drugs (NSAIDs, like ibuprofen) and triptans, a class of drugs used specifically to treat migraines. The solution? Try not to use migraine medication, even over-the-counter varieties.

3. Lightning and migraine can strike together
A study of migraine sufferers in Ohio and Missouri found that the risk of migraine went up on days when there was lightning nearby compared to days when there wasn’t. And weather-related factors such as barometric pressure and humidity, both of which have been linked with migraines in the past, couldn’t explain all of the elevated risk. The study authors speculated that electromagnetic waves from the lightning could be triggering the headaches or that lightning might increase the production of ozone or fungus spores, either of which might spur a migraine.

4. Migraines are linked to other serious health problems
People with migraines have an elevated risk of stroke and of other cardiovascular problems when compared with the general population. The risk of stroke, in particular, is higher still when the migraine is accompanied by aura and in women aged 35 or over, especially those who use oral contraceptives or who smoke. Researchers aren’t sure why stroke and migraines are linked but, regardless, “a history of migraine with aura should be considered an important risk marker for stroke,” says Buse.

5. A drop in your stress level can bring on a migraine

If you think that finishing your finals or having that big work presentation out of the way will reduce your chance of a migraine, think again. Research by Buse’s team actually found a 20% higher risk of migraines after someone’s mood changed from sad or nervous to happy or relaxed. These “let-down” migraines may be caused by a sudden, dramatic drop in hormones. How to reduce the likelihood of being let down in this way? Try to avoid peaks of stress in the first place. If it’s finals week, do some yoga or take copious breaks.

6. Migraines have been closely linked with head and neck trauma
In the Journal of the American Medical Association it was once stated “Headaches are not headaches at all but really a pain in the neck.” Whiplash and other neck injuries have been linked to the onset of migraine headaches. This occurs because the upper cervical region of the neck (C1-C2) is more susceptible to injury than the rest of the spine. These undetected Brain stem injuries can lead to migraines and other chronic headaches. So why is most headache help focused on numbing the head?

7. There is an effective and natural solution to getting to the cause of migraines
A corrective procedure focused on rebalancing the upper neck and removing pressure from the brainstem has proved extremely effective at helping people suffering from migraine headaches. This procedure is called the upper cervical procedure and is focused on not just covering up the symptoms but eliminating the Migraines completely by correcting a common cause.

Upper cervical Specialists have helped thousands of patients reduce the frequency and intensity of their migraine symptoms. And they are able to do this gently and safely while addressing this underlying problem.

How Can Allergies, Acid Reflux, and Headaches Be Related?

Painkillers Are Causing Millions of Headaches

How could Acid Reflux, Scoliosis and Headaches be related?