Migraines and Panic Disorders Linked According to Research 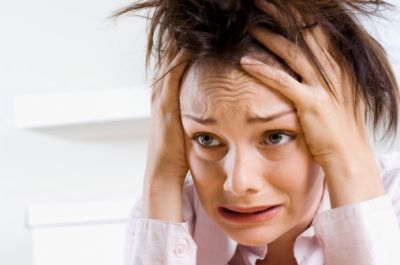 Migraines.com wrote a recent article highlighting the link between migraines and panic disorders. The Mayo Clinic defines migraines as an "intense throbbing or pulsing in one area of the head, and is commonly accompanied by nausea, vomiting, and extreme sensitivity to light and sound." WebMD defines panic disorders as "sudden attacks of fear and nervousness, as well as physical symptoms such as sweating and racing heart."

While most medical research focusses on drug therapies for both conditions, Upper Cervical chiropractors look to signs of physical restrictions at the base of the skull. Upper Cervical Chiropractors use complex imaging to see the opening at the base of the skull in 3D, and specifically correct any misalignments that can interfere with the nerve structures at the level just beneath the brainstem.

Dr. Raymond Damadian, the inventor of the MRI has been doing some amazing research with upright MRIs and specialized software. He's been able to show that when someone has a misalignment in the upper neck it is actually changing the flow of cerebral spinal fluid (CSF) to, from and through the brain. CSF is the fluid that lubricates the brain and spinal cord.  These misalignments could be leading to migraine headaches, panic disorders and more.

For example, one of the studies reports on two patients who presented with severe, long-standing migraine headaches and other complications following whiplash injuries. Both patients were examined in an upright MRI utilizing specialized software, which allowed for evaluation of CSF flow.

It was found that in each patient there was a misalignment of the 1st cervical vertebra (Atlas), as well as substantially reduced CSF flow between the skull and the neck. Both patients received an upper cervical correction directed at the C1 misalignment.

Prior research has demonstrated a correlation between CSF flow obstruction and intracranial pressure headaches. This is a potentially significant clinical finding (CSF obstruction) that can lead to long-term and often unexplained complaints of unresolved headaches, neck pain, tingling, numbness, and a variety of other symptoms.

This type of upper neck correction can only be performed by a specially trained group of doctors.

What to Do Next

To find a Doctor in your area go to www.NUCCA.org or www.upcspine.com or if you are in the San Diego County area to schedule your NUCCA evaluation, click here.

Dr. Dan Spinato of the San Diego Integrative Spine Center in San Diego, California is a Rancho Penasquitos Chiropractor and an Upper Cervical Specialist trained by the National Upper Cervical Chiropractic Association (NUCCA). Over the past 30 years, Dr. Spinato has helped many people find natural relief in San Diego, California. His upper cervical clinic also serves the communities of Rancho Penasquitos, Carmel Valley, Poway, Scripps Ranch and Rancho Bernardo. He is uniquely trained to correct problems in the upper cervical spine (upper neck). This vital area is intimately connected to the central nervous system and problems in this area have been shown to be an underlying cause of a variety of different health problems, including migraine headaches, chronic neck and back pain, fibromyalgia, allergy and sinus problems and temporomandibular joint disorders. More information can be found on his website at http://www.powaychiropractor.net/

What Can I Do to Get Rid of My Migraine Headaches?