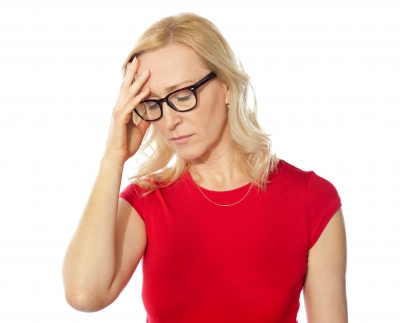 When the upper neck is misaligned it affects the way the brain is working. These brain changes can mimic a variety of different conditions.

Recently the Journal of Upper Cervical Chiropractic Research had a very interesting case study that discussed the impact of an upper neck misalignment on the brain.

After seeing a series of medical doctors, cardiologists and neurologists a 75-year-old woman finally found a neurologist who was familiar with upper cervical chiropractic. The neurologist determined that she had an upper cervical misalignment which he thought was causing an exacerbation of symptoms related to an old concussion.

According to the neurologist she had a history of concussion 10 years prior. Although her current episode was worse than ever before, the patient reported similar episodes in the past dating back to the concussion. The nature of the injury was a fall resulting in the impact of the back of her head with the floor. She was unable to talk immediately following the fall and was taken to the hospital. She reported receiving a CAT scan and MRI along with many neurological examinations over the next 3 months and then was released.

Her current symptoms were as follows:

Exhaustion or bending forward brought on her seizures. When the seizures occurred, she felt a hot sensation in her upper chest, lost the ability to speak, and developed a painful migraine of the common type (no aura).

After a postural and x-ray evaluation, it was determined that her atlas was out of alignment. After her initial adjustment her walking had improved as well as her neck range of motion - specifically rotation, which had been severely decreased "for years." The patient reported an increase in energy.

The patient's care was continued. During each visit, she was checked to make sure the adjustment was holding through subjective evaluation, scanning palpation, and supine leg check. Further visits saw improvement in her walking including the ability to walk heel-to-toe. Her balance improved to where she could stand on one foot. She noticed a general improvement in her vision - specifically clarity, brightness, and color perception are her lazy eye diminished and then finally went away. Finally, it should be noted that she had not had a seizure with the accompanying migraine since beginning care.

The authors suggest a change in blood flow to the brain a likely cause of the patient symptoms.

Do you have a collection of strange neurological symptoms? Do you have a history of head or neck trauma or concussion?

Then an upper cervical evaluation could be your answer.

Medicating Migraines may Cause Migraines

Can Colic in Infants Be an Early Form of Migraines?