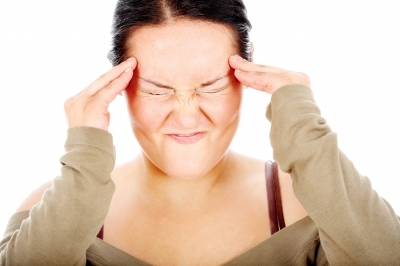 Migraines are a condition that is characterized by pulsing and throbbing in the head. It is estimated that 36 million Americans suffer from migraines. As many as 18 million Americans have chronic migraines, which would be 5 or more migraines monthly. Migraines may last for only a few hours or several days, and many people accept this as part of daily living.

Migraines are a challenging condition to treat as they are as unique as the individual who has them. This makes it very hard for patients and doctors alike. The market for drug treatments is constantly expanding. In this day and age, many people are no longer looking for a pill to cover up the symptoms and want a natural solution for migraines.

Recently an unconventional, somewhat controversial treatment has shown promising results. Medicinal Marijuana (MMJ) is now legal in several states and used for many patients with debilitating neurological disorders including migraines. 100% of patients reported a reduction in pain with the use of medicinal marijuana. The reason MMJ works so well is because it affects the pain centers in the brain. Imagine pain being perceived by the brain as a very loud noise. MMJ turns down the volume by reducing the amount of stimulation to the pain centers. While MMJ is effective, it begs the question: Is there another way to get the brain to function properly and manage pain?

In Rancho Penasquitos, California many people with migraines are getting results using a different method. Migraine specialist Dr. Dan Spinato helps migraine sufferers get natural migraine relief. As an Upper Cervical Chiropractor, Dr. Spinato specializes in the Atlas bone (C1 vertebra) and the coordination between the brain and nervous system as it relates to migraines. When the Atlas bone moves from its natural position, it has consequences that may result in migraines. By analyzing and correcting the Atlas misalignment using a gentle and precise Upper Cervical Chiropractic adjustment, migraines are often reduced as the brain and nervous system return to normal function. In clinical studies of migraine patients, it has been shown that 1-2 upper cervical Chiropractic Adjustments not only improve migraine condition but may even lead to a complete resolution.1

How to Treat Neck Pain Naturally