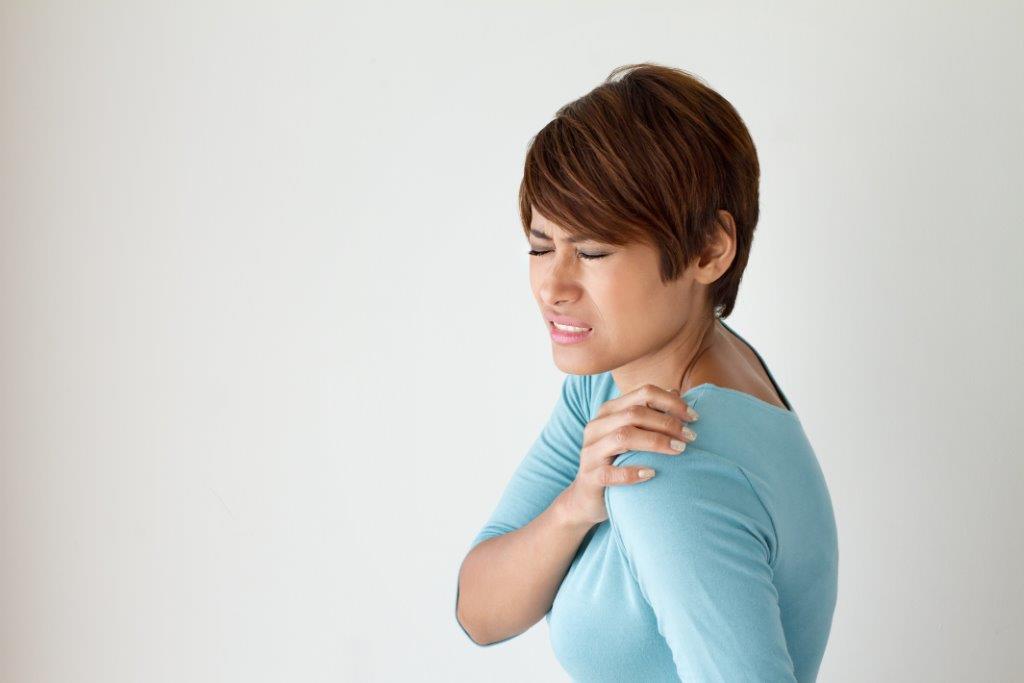 Bursitis and tendonitis are among  the most common  conditions affecting the shoulder joint. Both involve swelling and inflammation.  Between the top of the arm bone (humerus) and the underside of the tip of the shoulder (the acromion) lies a space filled with tendons and bursae, or fluid filled sacs that protect and cushion the soft tissues.  When there is inflammation of those soft tissues (the tendons and/or bursa) swelling and thinckening of the involved structures occurs, reducing the space and leading to limitations in the ability to move the arm.  Together these conditions are known as Impingement syndrome, because the inflammation impinges on the space.

Bursitis occurs when the bursa becomes inflamed, usually due to a specific or repetitive trauma. The swelling and inflammation reduce the space between the humerus and acromion, producing a pinching action,  and also cause thickening of the bursa, which further reduces the space.  Some people have an acromion that also reduces the space.  The inflammation, and thickening produce a cyclic process  which often leads to progressive pain and disability.

Tendonitis of the shoulder can produce results similar to that of bursitis, but other tendons of the shoulder can also be injured, producing pain and limitations in movement. Careful physical examination can usually pinpoint the source of the problem, but imaging studies such as x-rays or MRI may be required.

There are a number of conditions which can produce pain in the shoulder. Among them are: